Pantone Ultra Violet color of the Year, Monet protagonist of the moodboard 2018

The Pantone 18-3838 Ultra Violet was elected color of the year. Carlotta Berta talks about it in her Blog, inspired by the moodboard for the fabrics of the Opificio collections. 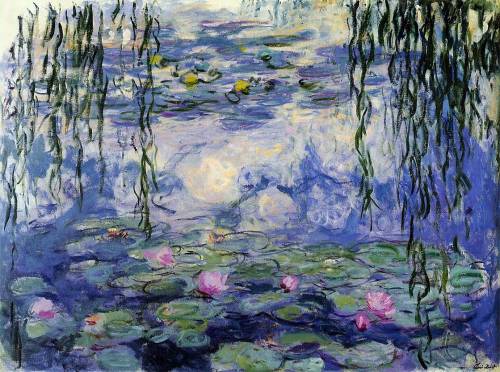 Claude Monet, loved french impressionist who lived between the nineteenth and twentieth century, in the last decade of his life he found himself having to overcome the cataract, illness that prevented him from a clear vision and a correct perception of the colors, things that made painting difficult for him. After several operations to which he underwent he managed to see again but with the ability to perceive ultraviolets ray.

The painter's world turned purple and so were his masterpieces. Monet continued his famous studies on light and, through his paintings, involved the wole world in a show that only him could see. He began to believe that purple was able to exploit the dimensionality of the shadow better than black, as he said: “I finally discovered the true color of the atmosphere. It is purple”.

Using purple to paint shadows spread within the impressionist movement so quickly that the tonality was described as “violettomania”.

Purple begins to be percived in this way, as the color of the unknown and of the emotions but also of the artistic inspiration. Often it is connected to magic and dream, to anything that is mystical and mysterious, everything that we don't know but which unavoidably intrigues and attract us.

Carlotta Berta, a construction engeineer who has been working in interior design, setting up and organizing events since 2013 and, since 2016, when she opened her own Blog, she also deals whith blogging, connects to this concept.

Carlotta published an article inspired by the color of the year chosen by Pantone, 18-3838 Ultra Violet. This is a strong and contemplative purple with a blue base, with great drama and intensity.

For her moodboard the blogger was inspired by the fabrics of the l'opificio's collections and in particular to the cotton velvet in three shades of purple, the Lucente Batavia Argento fabric, the Dry Cocktail Argento fabric and the Hypnose medusa fabrics, in its most clear and darker version. 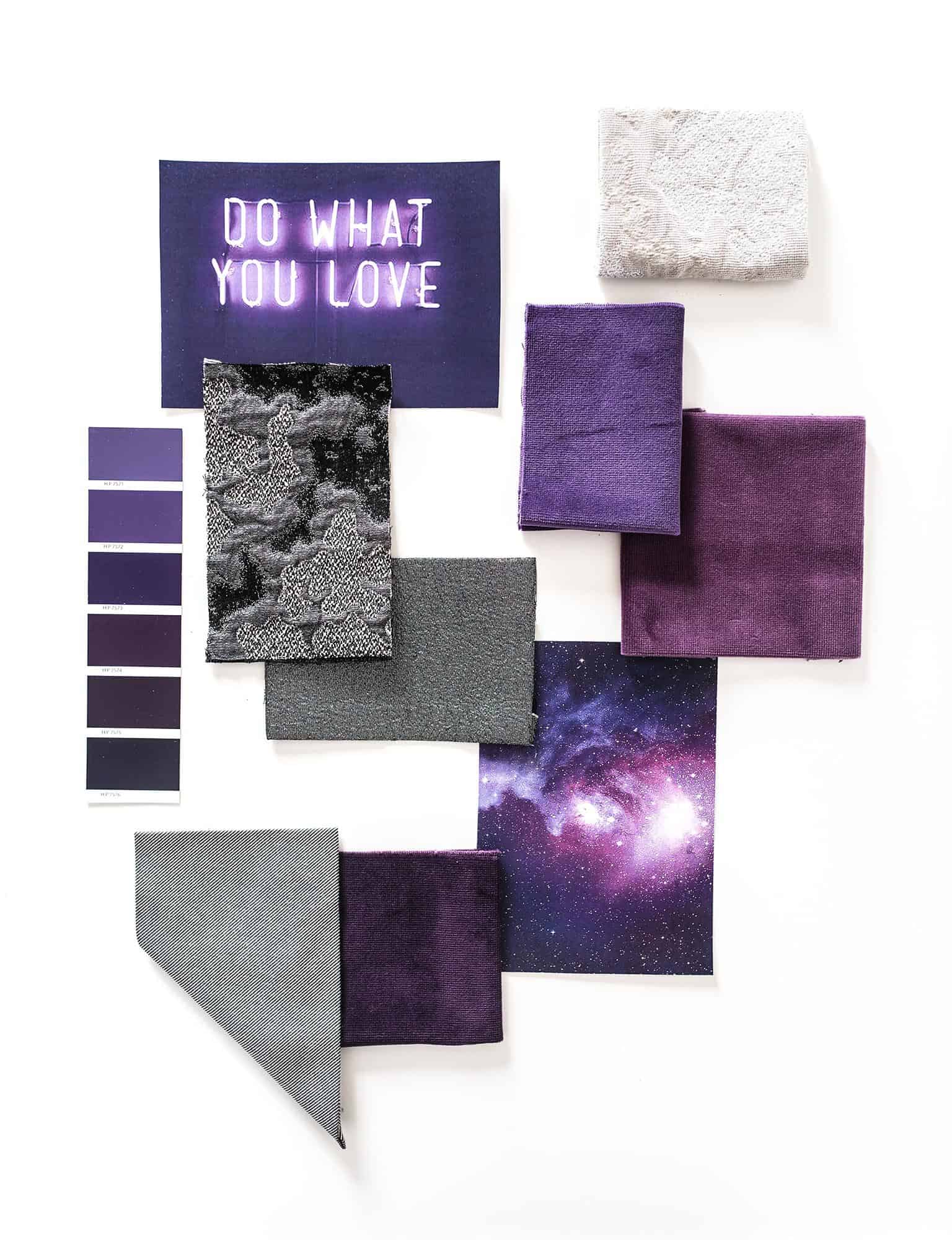 Silver is matched with purple with the desire to dampen the opulence of the leading color that is often found to be connected to the power and prestige of Kings and princes. This is because purple is a secondary color that is obtained from the union of blue and red, pigments that always symbolize power and wealth. Actually, silver enriches it elegantly by remembering the cosmos and its infinity.

The moodboard creates an inevitable momentum for the future given by the call to the universe and to the unknown that call us, but which, at the same time, fascinates and seduces us. We must be inspired by this purple that makes us forget, even if only at the moment, the occupations given by our frenetic daily life and that leads us to stop and raise our eyes to the sky to reflect and understand what is the right way. Ultra Violet can help un in this intent by bringing our awareness to deeper levels and it can help us to go beyond our borders through new creative outlets.