Turin won the “Building of the year” prize

Turin wins the building of the year 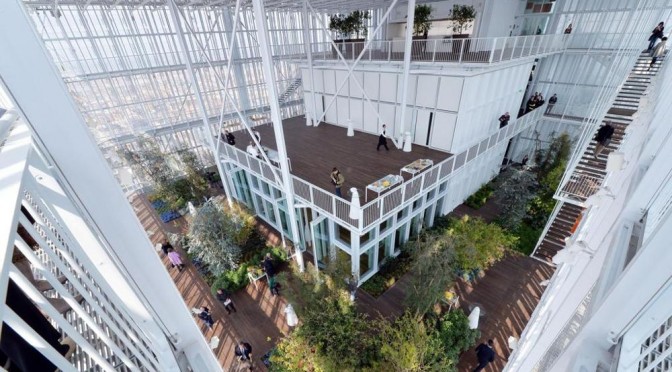 For the second year in a row, Turin won the «Building Of the Year» prize.
Last year the medal for architecture went to the «world’s most beautiful house», in via Alfieri 6, only fifty steps far from San Carlo square.
This year the Golden Palm –in the office building category- went to the Intesa Sanpaolo skyscraper, designed by the star of architecture Renzo Piano. A reward that reinforces Turin new image of smart, tourist and interesting city. Be awarded for two years in a row with a record certified by «Archdaily», no less, -the world’s most visited website on architecture- it’s a great achievement.
In 2015 ex-Valperga Galleani Palace won the «Building of the Year» prize in the category «Refurbishment». The project of the building in via Alfieri was the only Italian finalist, chosen between over 3000 works all around the world, from Chile to Vietnam.
The skyscraper construction took five years, from the project to the inauguration, which has been held in April 2014. Total amount: half billion euros.
A biodynamic greenhouse with timber trees and plants typical of Mediterranean scrub, a super-panoramic restaurant on the top and a kindergarten on the ground floor. These are the distinctive features of a place where «is nice working in», which, after all, was Renzo Piano’s mission. 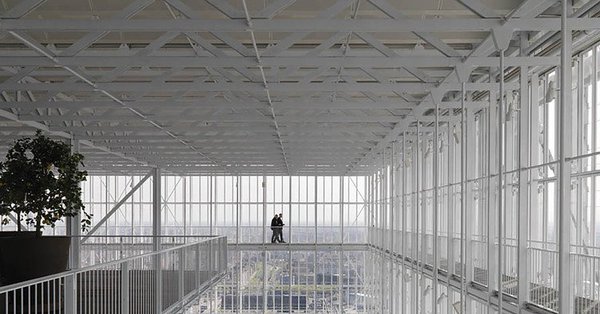 The building have been raised along environmental sustainability principles, so as to decrease power consumption, and with hypoallergenic materials. East and West facades have been clad in a double skin system, whose moving blades guarantee ventilation in summer and thermal insulation in winter.
The southern facade is completely covered with a 1600 square metres photovoltaic installation. On that very side, a «winter garden» with climbing plants let outside light filter in. Air-conditioning system uses the energy of heat exchange with ground water, without harmful emissions in the atmosphere.

Valperga Galleani Palace: the «world’s most beautiful house» is in Turin

The Number 6, the refurbishment of the historic Valperga Galleani Palace in Turin’s via Alfieri, won the Building of the Year prize, certified by ArchDaily website. The Number 6, a Baroque palace not far from San Carlo square, has been inaugurated in the beginning of 2013 after its transformation into a contemporary and innovative condominium by Piero Boffa Building Group. Thirty-six hi-tec apartments in a Baroque context, with terraces, a modern Spa, a gym and, in the central courtyard, a light artwork by the artist Richi Ferrero.
The Building of the Year prize given by the American portal ArchDaily – 7 millions visits per month, 2 millions Facebook fans, 335000 Twitter followers – have been examining over 3000 projects all around the world, from Chile to Vietnam, from China, Australia and Europe. 2015 ArchDaily Building Award have been examining over 18000 architects, including well-known ones as Renzo Piano, Jean Nouvel, Álvaro Siza and Kengo Kuma.

“25 Verde” in Turin is reality, a live structure integrated into nature, which, with its 200 trees perfectly integrated with the condominium, is unique.
“25 Verde”, in Via Chiabrera 25, is a very peculiar building. Built up using wood, metal and stone, it is a true forest in the city, thanks to its 200 trees growing up in between the building, perfectly integrated with the supporting “iron-wood” that sustain the whole structure.
The building, where 63 families are living, has been realized by a team of Turinese architects and engineers, leaded by Luciano Pia, in 5 years.
Besides this peculiarity, the “25 Verde” building has a rainwater harvesting system for the irrigation of its trees and a natural thermal insulation system which takes advantages from plants to reduce the use of air-conditioning. Furthermore, the whole building uses geothermal and mini-eolian systems that provide with sustainable energy all the families, reducing in this way energy bills and helping the environment.