It is of fundamental importance the use of textiles to personalize an interior.

From a decorative point of view, a textile comfortable to the touch and especially to the sight, the right play of chromatic, pattern and texture allow countless planning possibilities and smart changes to go along with the use of a room or the succession of the seasons.

After having explored the different qualities of velvets, in the next articles we will lead you to the discovery of the different types of fabrics to allow you to appreciate them even more.

We will deepen the typology of Jacquard alike damask and double damask, brocade and brocatelle, lampas, gobelin, polonaise and toile de jouì.

During our trip in the textile world for interiors, we will always refer to the Textilarium written with the precious contribution of Carlotta Berta@unprogetto and Cecilia Bima.

Along the words of Carlotta, the Textilariumis: “a textile glossary, which is not just a catalogue, but a kind of map showing the bonds, without renouncing to make order. Therefore, a guide to untie, in the real meaning of the word, this fascinating thus multifaceted universe. A glossary that doesn’t start from production or technical procedures, but on the contrary by the end of the process: from the textile.” 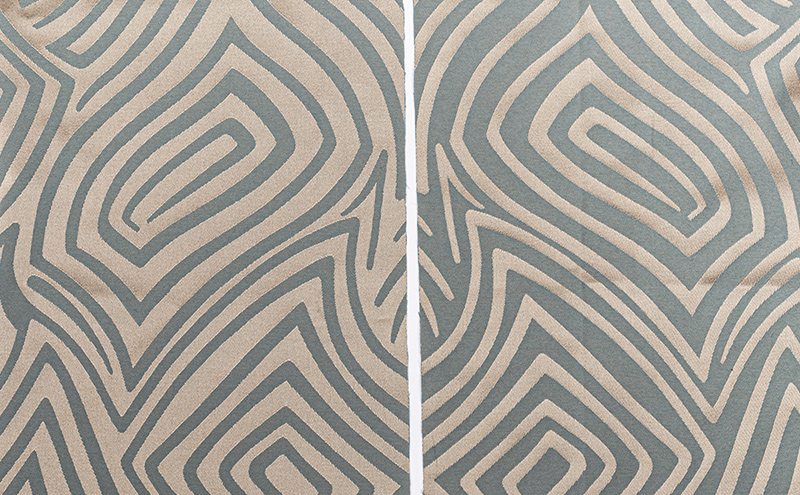 Usually, monochromatic textured fabric with an iridescent brightness thanks to the different way in which the light is reflected on the surface, weft with shiny effect for the background and matt for the pattern.

The best thread to weave a damask is silk, but cotton, mixed cotton, and silk and artificial fibres are used too.

In spite of its Chinese origins (which may date as far as the fifth century), damask takes its name from the Syrian capital city, Damascus, which was at the heart of damask production and export in the twelfth  century.

In Italy, the maritime republics of Genoa and Venice where the first cities to produce it thanks to their contacts with Damascus.

In the seventeenth century it began to be embellished with gold and silver threads and with reliefs. This led to the development of the brocade.

Damask comes in several versions: the most plain one is obtained with a single warp and a single weft. It features alternating sheen and matte surfaces of the same colour, which are obtained through a process that alternates areas of satin fabric on the face and reverse sides. This means that there are no face and reverse side, but just different version of the same fabric.

Used for different purposes in the past, today it is very popular in furniture, for upholstery and bulky drapery.

Although damask is commonly associated with the famous artichoke motif, it actually the weaving process that defines the fabric type rather than the design.

How to recognise it
The most outstanding feature of Damask is its gloss: however, in order to tell it from satin, you have to look at the reverse, which should not be matte, but glossy in an opposite way to the face. 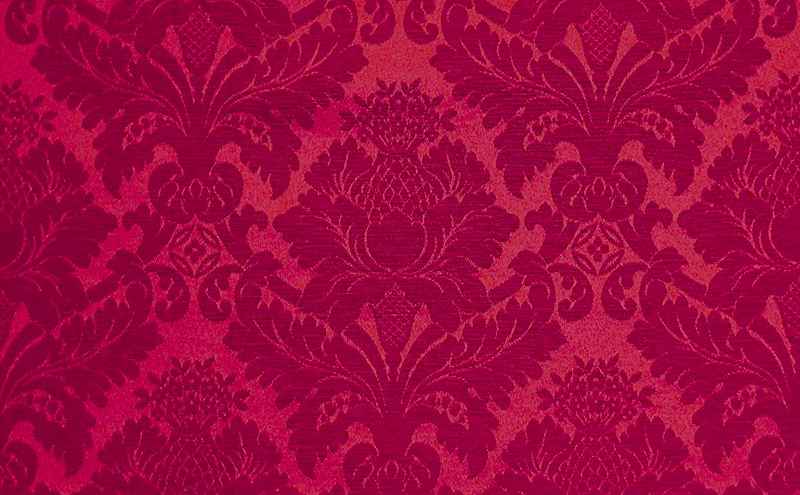 A textile similar to damask is called double damask, that intertwining yarns of different colour adds to the shiny/matt effect also the chromatic effect.

Originating from the classic damask, double damask features two colours, often also using two yarn types, for example silk and cotton or linen and cotton. Since the seventeenth century is spread all over the Italian area, especially in Caserta, Catanzaro, Lucca, Palermo, Parma and Vicenza, where it was embellished with gold and silver threads and reliefs, making it more valuable.

The unique two-tone effect gives it a more valuable look than plain-colour fabrics, and makes it very popular both in furniture and in haute couture.

How to recognised it
Double damask is a reversible fabric where colours on the face and reverse are inverted.
Damask and Double Damask started to be known around the 1100. Afterwards in the 17th century silver and gold threads were used to embellish the textiles with a relief effect which will lead to the launch of brocade.

But we will talk about it, in the next article!